A gesture of gratitude, initiated to broaden and deepen the engagement between the community of designers and civil society, by initiating an Award to honor the contribution made by discerning supporters/sympathizers, directly or indirectly towards the promotion and propagation of design and/or the cause of the extended ecosystem of the design based creative communities. 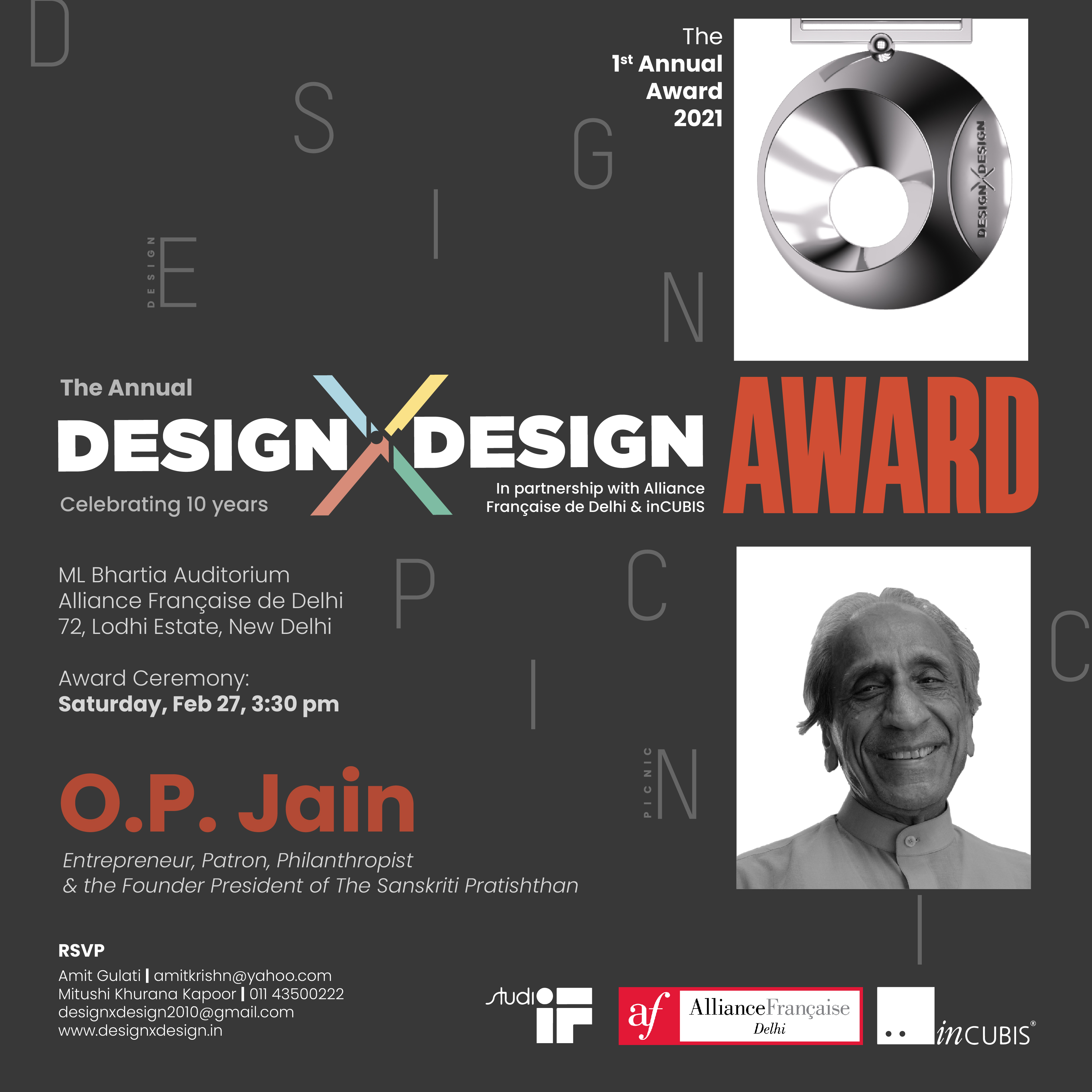 A new activity initiated with the idea to broaden and deepen the engagement between the community of designers and civil society, The Annual Design X Design Award has been instituted to honor the contribution made by discerning supporters/sympathizers, directly or indirectly towards the promotion and propagation of design and/or the cause of the extended Eco system of the design based creative communities. Design X Design in partnership with Alliance Francaise de Delhi (venue partner) and Incubis (domain partner) presents the award to the recipient at a simple ceremony generally coinciding with its flagship 20under35Annual DXD Exhibition. 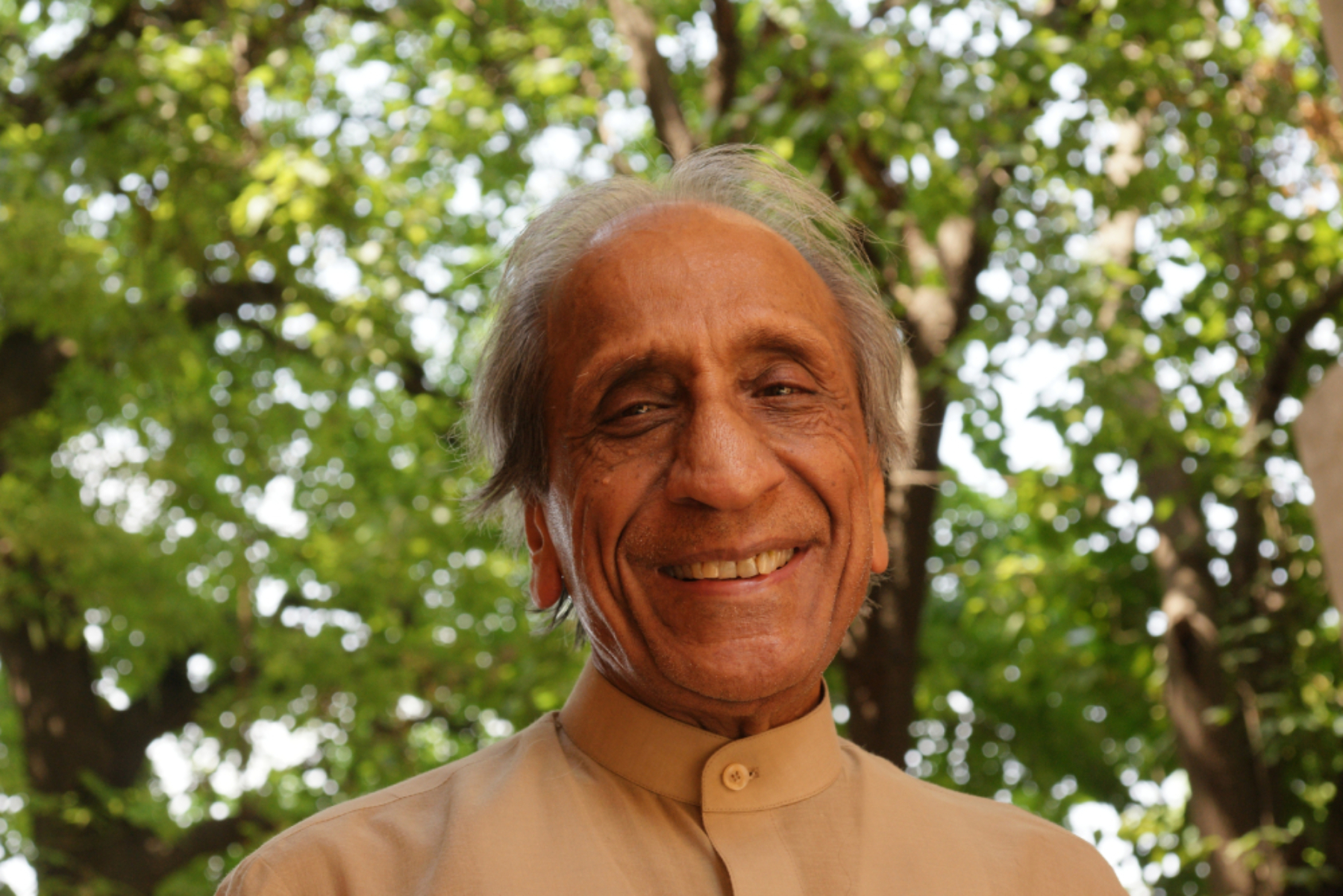 O P Jain (born 1929) is an Indian entrepreneur, patron and philanthropist. He is the Founder-President of the Sanskriti Pratishthan (Sankriti Foundation), established in 1979, which runs the Sanskriti Kendra Museums at Anandagram, Delhi. He was born and brought up in a business family in Old Delhi, where his family has an office at Chawri Bazar. Without much formal education, he joined the family paper-trading business at an early age. It was a chance meeting with writer Mulk Raj Anand, in the 1970s, which inspired him to work for art, design and culture. He spent many years collecting everyday functional objects, made by artisans. In 1984, he set up a small museum with his private collection at the basement of his Kinari Bazaar house in Chandni Chowk area. Ten years later, the collection shifted to the Sanskriti Museum of Everyday Art, at Anandagram – an artist’s village, that he established on the outskirts of Delhi. Subsequently, the Museum of Terracotta Art and Textile were also added to it.

Sanskriti Foundation as an organization is widely acknowledged as one of the premier institutions dedicated to cultural preservation and promotion. During his tenure as Convenor of INTACH, Delhi Chapter (Indian National Trust for Art and Cultural Heritage) he initiated many activities and projects in Delhi. Mr. Jain was conferred with the Padma Shree in 2003, one of India's highest civilian awards.